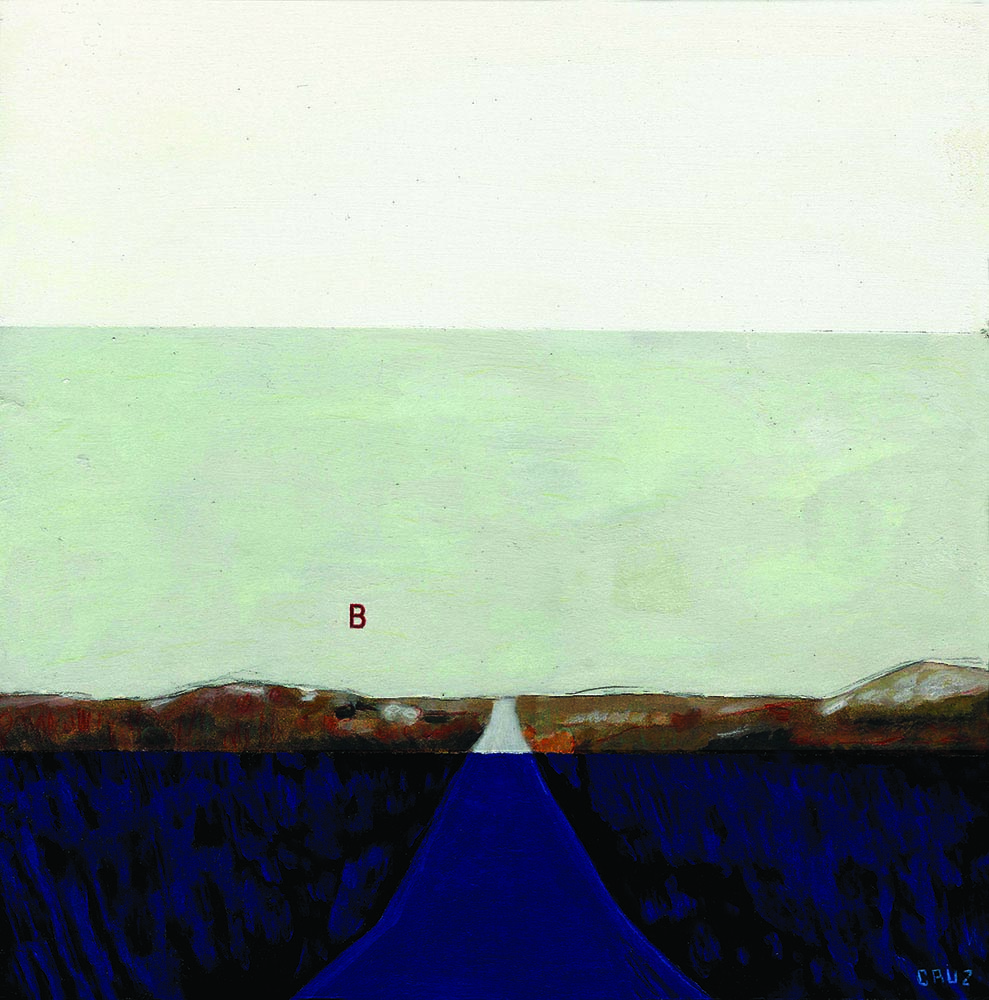 It’s hard not to get swept up in the work of Austin, Texas artist John Cruz. His paintings are at once recognizable and yet abstracted. Not only abstract in the customary execution, but also in the range of feelings that his imagery evokes. His subjects are identifiable: bokeh’ed representations of simple scenes and objects laced with pop-art sensibility. John looks for instantly relatable common themes and extorts their social commentary while shading them with a bit of humor. Ultimately, the subjects in his paintings take a backseat to the emotions they conjure up, which is exactly what he strives for. 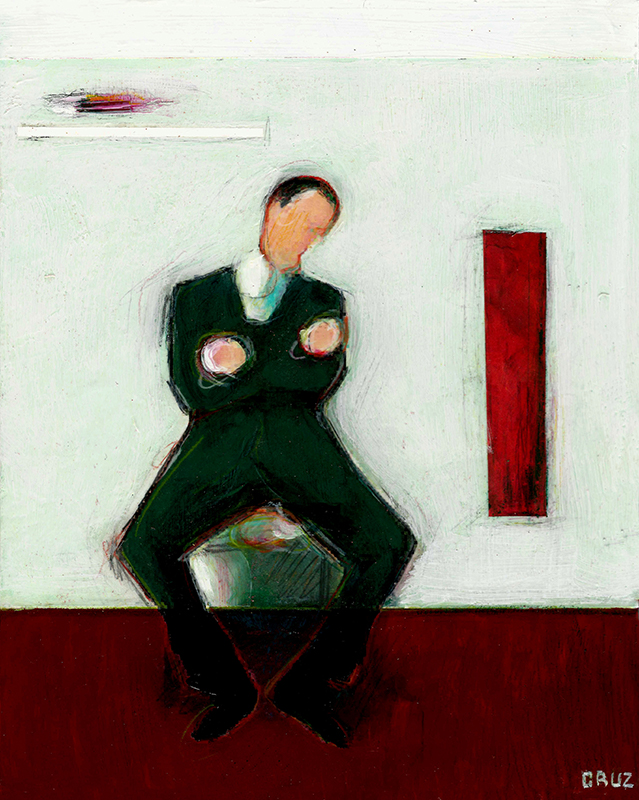 While We Sleep 1, 10x8, mixed media on Ampersand Unprimed Basswood

As a young child, John received a lot of attention for his persistent drawing and coloring. His talent opened doors for him in school, allowing him to skip his daily classes and to select classmates to help him work on large, school-wide art projects for special events. It wasn’t until college that John took his passion seriously, finally considering himself a “true artist.” He eventually earned his Bachelor of Fine Arts degree from Texas State University. He recalls, “It was then that the work became sacred to me and I realized it would be what I would dedicate my life to.” It was during a college class critique where John gained a bit of wisdom that still inspires him today. John explains, “There was a student who went into great detail about how much emotion was in her work. My professor interrupted her, pointing out that he wasn't getting any of this emotion she spoke of from the piece. He went on to say that it’s great to have ideas of what you are trying to say, but if those ideas are not conveyed to the viewer, then you have not done your job as an artist. I think about it every time I am doing a new piece.”

"I am trying to create an emotional connection with the viewer and when that happens, I think that is where the true magic lies."

This is not an easy task. The viewer brings his or her own emotions to each piece and John is tasked to find a way for the piece to speak to each of them. He finds this intriguing. By keeping to his approach that “less is more,” he leaves room for viewers of his artwork to find a personal connection. “This dialogue is the amazing part. If my theme in a particular piece is a very universal idea, it can become a mirror or template for the viewer's emotion to come to bear. To watch this in real time always astounds me. For me to take paper and wood and paint and move another human being is very special to me.” 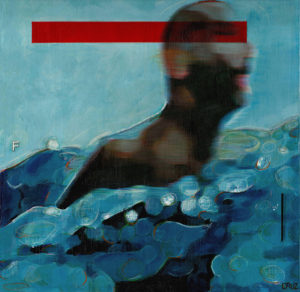 John’s style has changed slowly over time, which he admits can be quite terrifying. “I have always been a fan of David Hockney, not just because he has some great art, but because he has always struck me as being fearless. He would go from one style to the next and never look back. I have always admired that and tried to live up to that standard. I used to work in a slightly more realistic style, but I realized that with more abstraction, I was able to enter the world of metaphor and have a wider message in my paintings.” John goes on to explain that as he adopted a more abstract sensibility, he found he could "...play with a broader picture of the human condition and not just the psychology of a single person.” John used to paint on canvas (and still does for very large pieces), but canvas doesn’t give him the firm surface he requires for his line work. When John started looking for a new surface for his work, he discovered that Unprimed Basswood fulfilled his requirements perfectly. He goes on to say, “I use a lot of Prismacolor and pencil when I am finishing a piece and the wood surface really responds well to that. There is also something about the nice edges of the panels that give the finished product a clean and crisp look.” 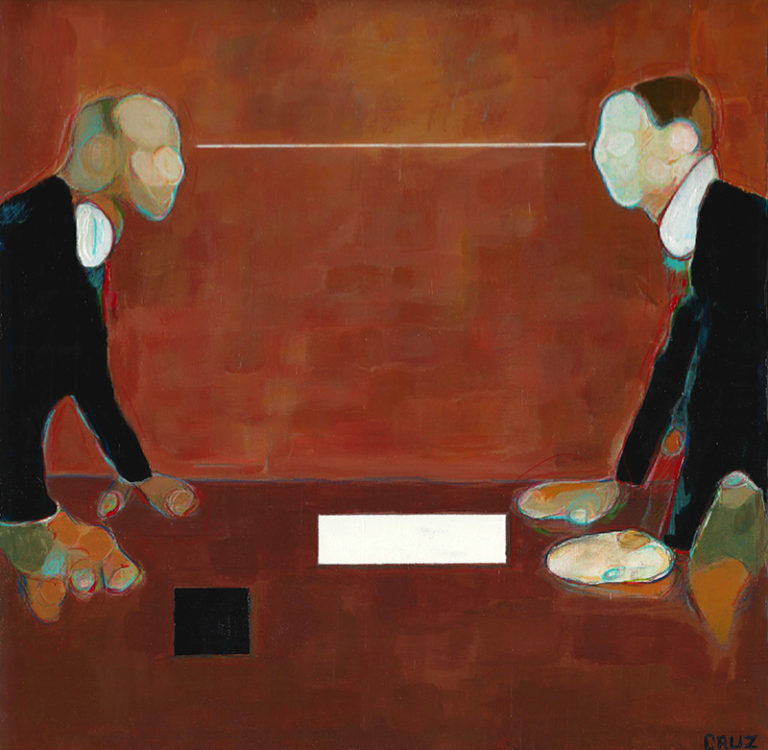 John’s favorite piece of his is always the one he is currently working on. It’s what gets him out of bed each morning and what keeps him up at night. And it continues to be his favorite, that is until the idea for the next one arrives. He hopes that viewers of his artwork also see his dedication and his determination. John is grateful when people recognize his passion and appreciate his ambition to making a living as an artist. “Artists get a lot of ‘No, what do you really do?’ To hear some kind words from time to time really keeps you moving forward.” 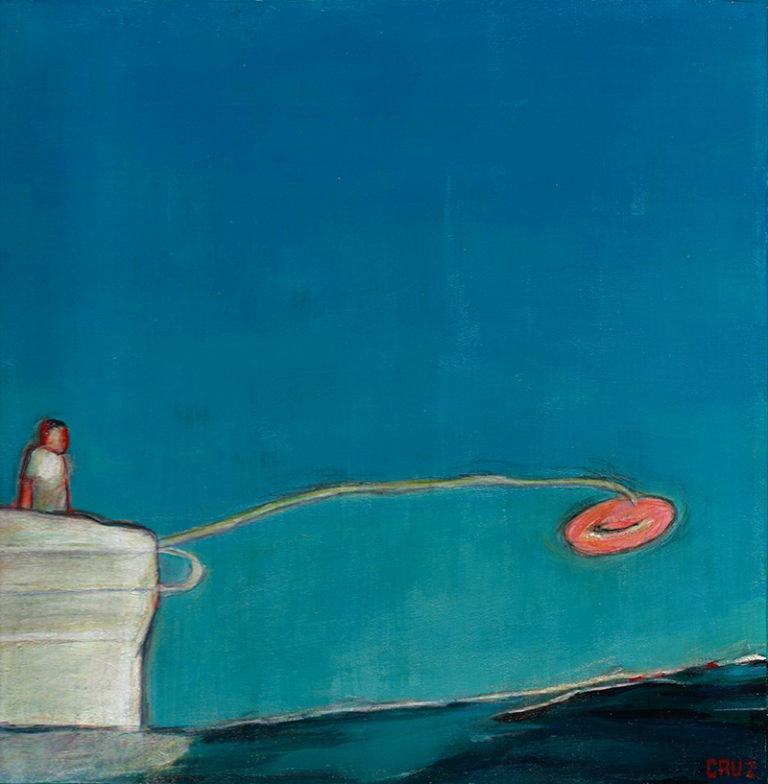 Overall the reaction to John’s work is quite positive and people tend to get the mood and underlying meaning from his work and this tells him he’s on the right track. “If we are to believe that we are all matter from the Big Bang, then we must all have a certain connection to each other.” It's this connection that John continues to explore. “I am trying to create an emotional connection with the viewer and when that happens, I think that is where the true magic lies. What I try to deal with in my work is a witnessing of what we call reality through a consciousness that we have yet to understand.” 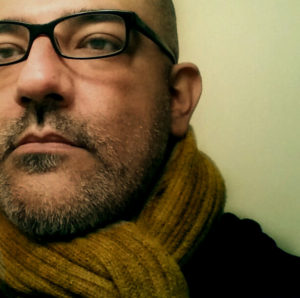 Artist John Cruz grew up in the small Texas town of New Braunfels. He holds a B.F.A. from Texas State University and lives and works in Austin, Texas. He draws inspiration from his travels and pop culture. To see more of John's work, visit his website, Facebook, and Instagram.